I have never been to One Musicfest but this lineup definitely makes me want to pay it visit.

The city of Atlanta will be the hot spot this September as top acts in urban music such as Nas, Cardi B, T.I, Miguel and more will headline One Musicfest on September 8-9 at Central Park in Atlanta, GA.

One Musicfest is said to be the #1 progressive urban festival in the South. Every year they host legendary and emerging acts from hip hop, alternative, soulful R&B and rock music. Festival founder, Jason “J” Carter, stated in a press release “We are all super excited about OMF2018. Growing into a two-day festival allows us to expand our roster, highlight more of the music that we love and give our audience an experience unlike any!”

2018 marks year nine since the festivals’ inception and this year organizers are expecting an attendance of over 20,000 music fans from all across the country. Just from looking at the lineup, this is certainly going to be an event that you do not want to miss! Tickets for One Musicfest are available for purchase now.

Full performance lineup for One Musicfest can be found below. For additional information, visit ONEMusicfest.com 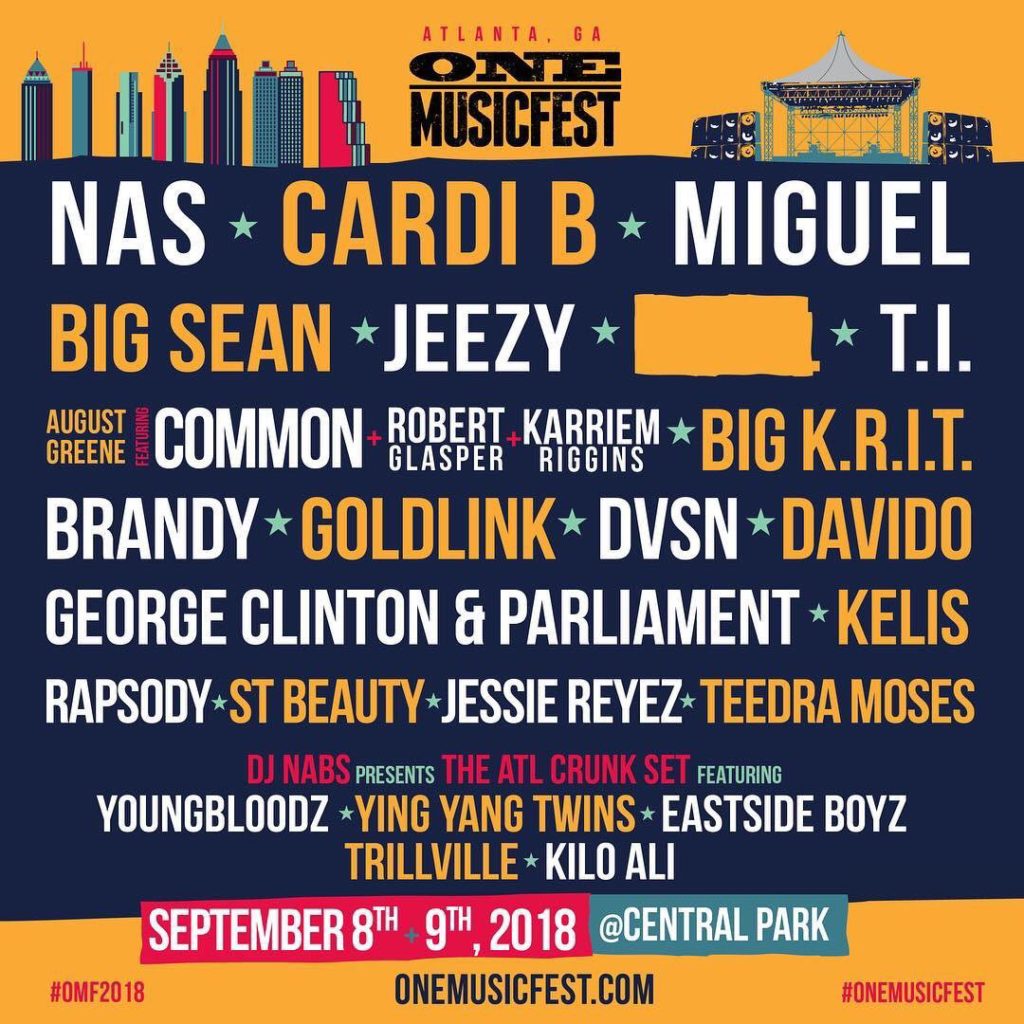 Complete List of Currently Announced Performers for ONE Musicfest 2018 (in alphabetical order):

IN CASE YOU MISSED IT